At Etz Chaim we aim to develop the children’s sense of excitement and curiosity about natural phenomena.  Our ‘young scientists’ are taught to plan by: raising questions, forming hypotheses, identifying variables, choosing appropriate equipment and devising efficient methods of enquiry.  The children make observations and collect results from experiments. They show their findings in different ways from which they can make scientific conclusions. Finally, children reflect and evaluate the fairness and effectiveness of their scientific methods.  They are encouraged to gain mastery of the subject by applying their investigative skills to any new scientific topic and showing they have a sound knowledge of the concepts covered. Throughout the IPC, we aim to ensure that all our pupils:

We celebrated our first Science Fair.  The aim was to allow the children to explore their curiosity, experiencing some of the joy and wonders that science can inspire. The children brought in such amazing displays of the experiments they had done at home and what they had discovered. All the classes and parents were invited to share their learning. We can’t wait for the next one!
WOW! The children enjoyed going to different classrooms to watch members of staff show them a WOW science experiment! Staff and pupils had such fun, we will definitely do it again!
To enrich the science enquiry and investigation part of the curriculum we set a competition for all classes. The children were divided into groups and each group had to make the most efficient boat which would hold many pebbles and stay afloat! The winning boat from each class was entered into the final. All the classes watched as some boats sank… Well done to the winning boats from Year 6 and Year 4!
Science Squad
This year, six KS2 children were chosen to be Etz Chaim’s Science Squad! This was a new role this year and involved  responsibilities such as, helping set up the science fair,  running science competitions, helping lead assemblies. Writing for the Walk to School leaflet, checking the science resources in school  and helping Mrs Levy to improve and maximise opportunities for scientific learning within our school.  As our Year 6’ Squadies’ are now leaving us we want to thank them for all they have done and wish them lots of luck. We will be advertising for new members for our Squad- look out for the application details next term!

Our project commenced to improve ‘an environmental area’ in the school. We chose the wasteland area at the back of the playground to encourage biodiversity to the location and make it a more exciting learning place of discovery.

At he beginning of the Spring term, to link with Science Week, Mrs Levy ran a whole school assembly to raise awareness of the project .  This was followed the next day with hands- on workshops for the children on Adaptation and Camouflage for the younger children and  Natural Selection and Earthworms for the Juniors.

Mrs Levy, Science leader, gave each year group a focus for the project, which is expected to last until the autumn term 2016. Everyone set to work…

Year 4 carried out a bug survey and observed, identified and recorded which bugs were in the area already and where they were found. The children researched habitats of various bugs and insects and advertised homes for them in their ‘BUG-BED ESTATES’ estate agency window. Their next step is to plan a ‘BUG-BED HOTEL’ for the bugs to come and stay in the wasteland area.

Year 3 started by examining different soils, looking at the structures and ph. levels. They have filled their outdoor planter with soil and have added worms so they can monitor the changes in the richness of the soil. Their next step is to make plans for a wormery in the wasteland area.

Year 2 studied different materials to see which would be suitable to last outside. They asked questions such as: Is it waterproof, sturdy, flexible etc.?  With this information they will make plans to construct windmills out of different  materials and monitor how they withstand the elements.  With this information they will be able to plan and make their pretty windmills for our learning space.

Yr 1 have been looking at water and forces, working out how to make water run down and upwards. They will use natural rainwater to water the environmental area by making rain catchers and ramps  to direct water in specified areas of the wasteland.

Reception have sewn seeds and planted sun flowers.  They hope to transfer these plants to the area to attract butterflies to make the place colourful. They will be able to measure the plants to find which is taller and shorter.

Nursery will plant herbs and have already planted parsley in pots which they used for their Seder table when they celebrated Pesach. They will grow other herbs which will bring a lovely scent to the learning area. The pots will be incorporated in the ‘Gardening Club’ where they will be creating a small Sensory Garden.

Our children are preparing to become space biologists as we embark on a voyage of discovery by growing seeds that have been into space.

In September, 2kg of rocket seeds were flown to the International Space Station (ISS) on Soyuz 44S where they spent several months in microgravity before returning to Earth.

Etz Chaim Jewish Primary School received a packet of 100 seeds from space, which we have started to grow alongside seeds that haven’t been to space and we will measure the differences over seven weeks. We will not know which seed packet contains which seeds until all results have been collected by the RHS Campaign for School Gardening and analysed by professional biostatisticians.

The out-of-this-world, nationwide science experiment will enable the children to think more about how we could preserve human life on another planet in the future, what astronauts need to survive long-term missions in space and the difficulties surrounding growing fresh food in challenging climates.

Mrs Levy, Science leader at Etz Chaim, says: “We are so thrilled to be taking part in Rocket Science. This experiment is a fantastic way of teaching our pupils to think more scientifically and share their findings with the whole school.”  The children in Year 4 have been watering, measuring and logging their findings.  Mrs Talisman, who runs the Gardening Club, is so excited to have the children taking part in such a learning experience. The children have  really enjoyed  planting the seeds and watching the rocket seeds grow before their eyes.

Rocket Science is just one educational project from a programme developed by the UK Space Agency to celebrate British ESA astronaut Tim Peake’s Principia mission to the ISS.

Now the Rocket Seeds Science Experiment has finished, we have sent our results to the Rocket Science national database.

Once all the results have been received, Tim Peake will reveal which coloured packet contained the space seeds in a very special video he recorded before he went into space. The video will be sent to us shortly.

There is a video of Tim flipping a coin to decide which was which – but without revealing the answer. Click here to view the video.

What shall we do with our plants?

We will plant our rocket plants in our outdoor area.  Once it has been revealed which is which, we could eat the Earth rocket but we will not eat the space rocket as it will have been subjected to slightly more radiation than the seeds that remained on Earth.

Our results have been sent to the Rocket Science national database.

Tim Peake has now revealed which coloured packet contained the space seeds. You can find out by watching him on the link below. Did you guess correctly?

The rocket plants have been placed  in rubber tyres at the back of our playground. 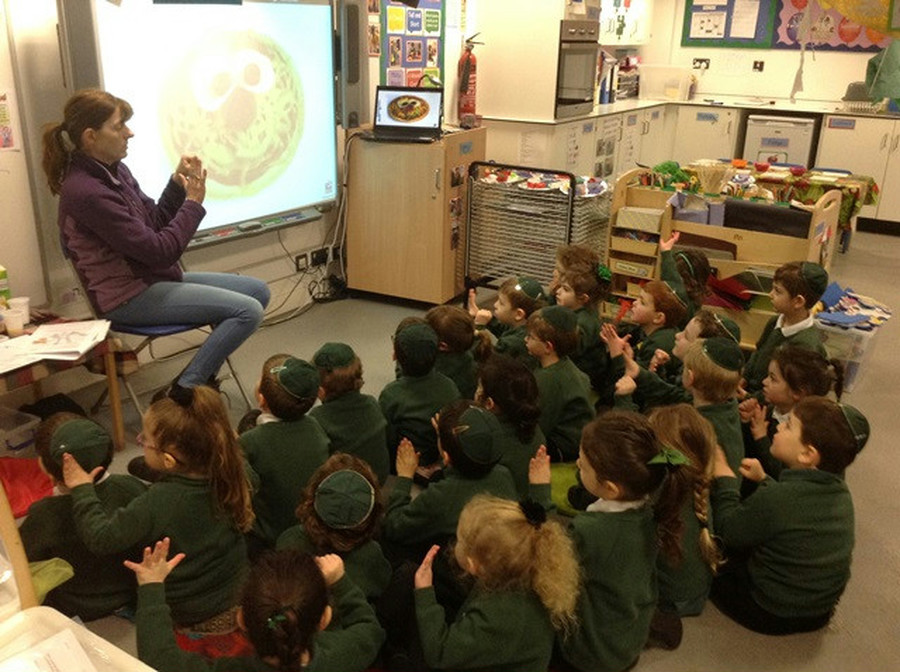 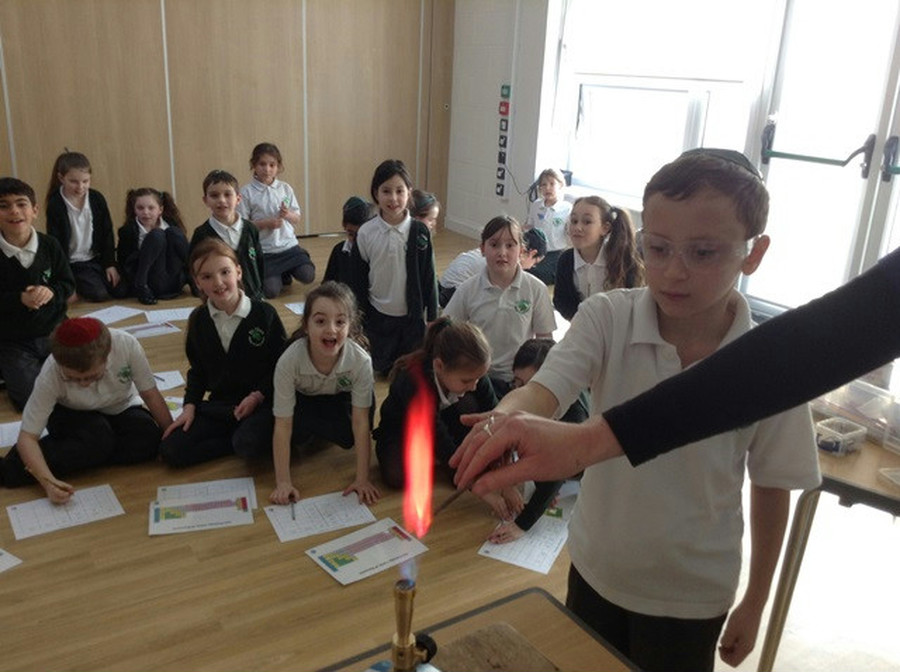 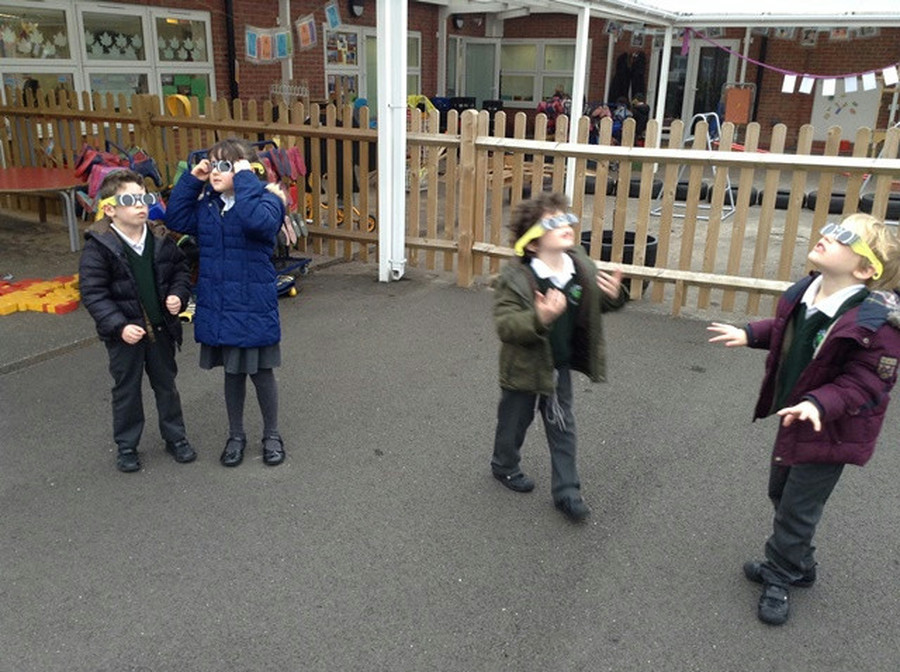 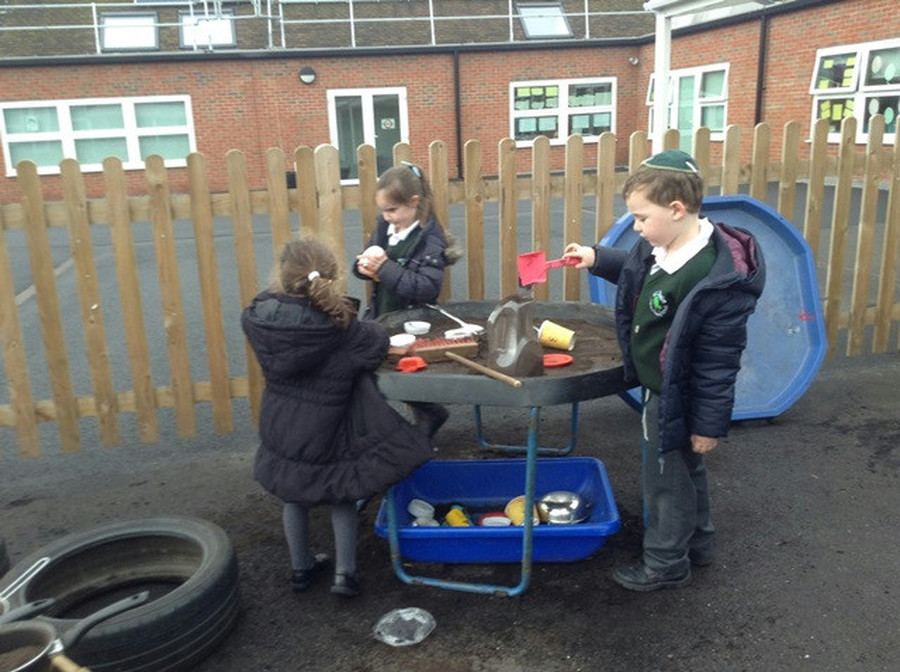 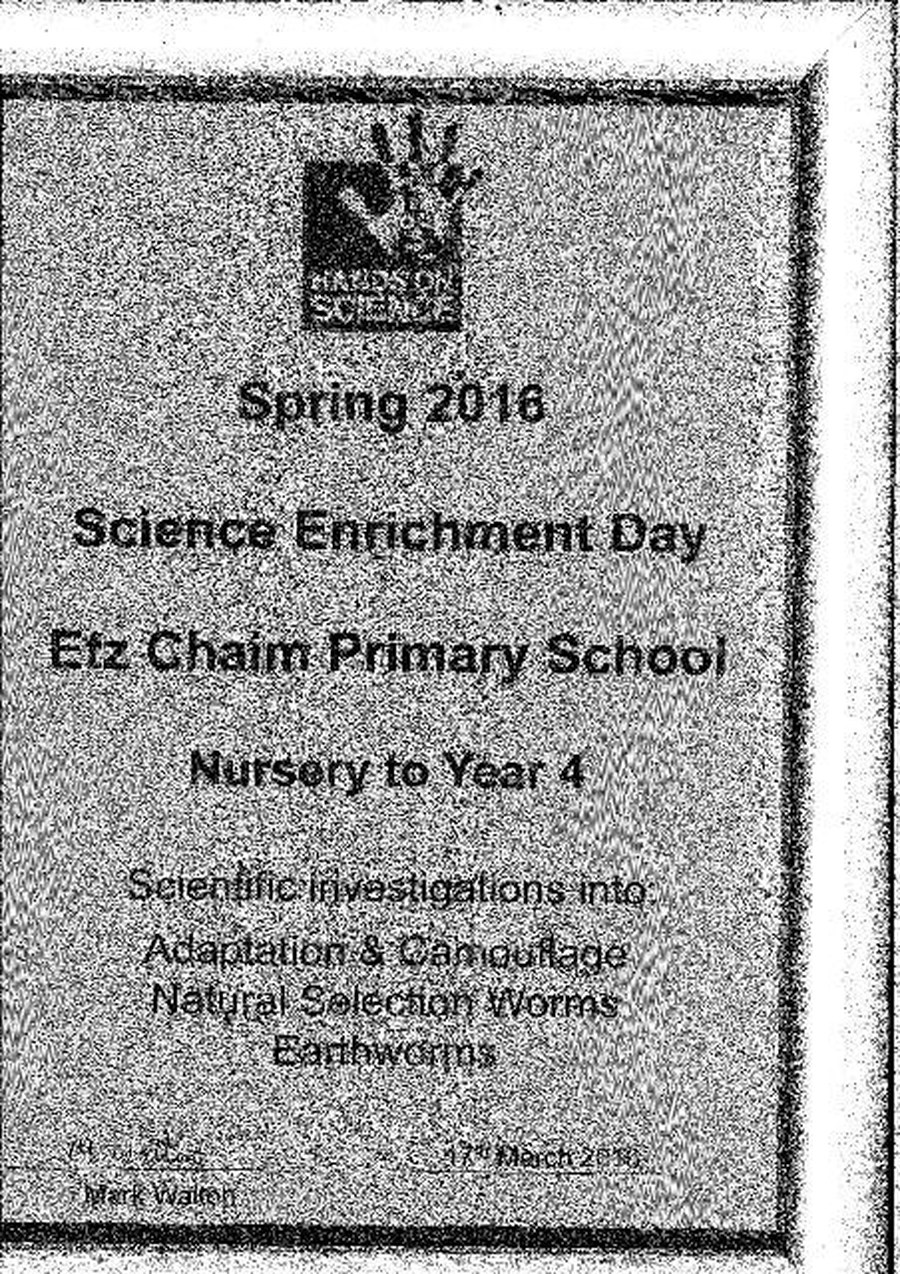 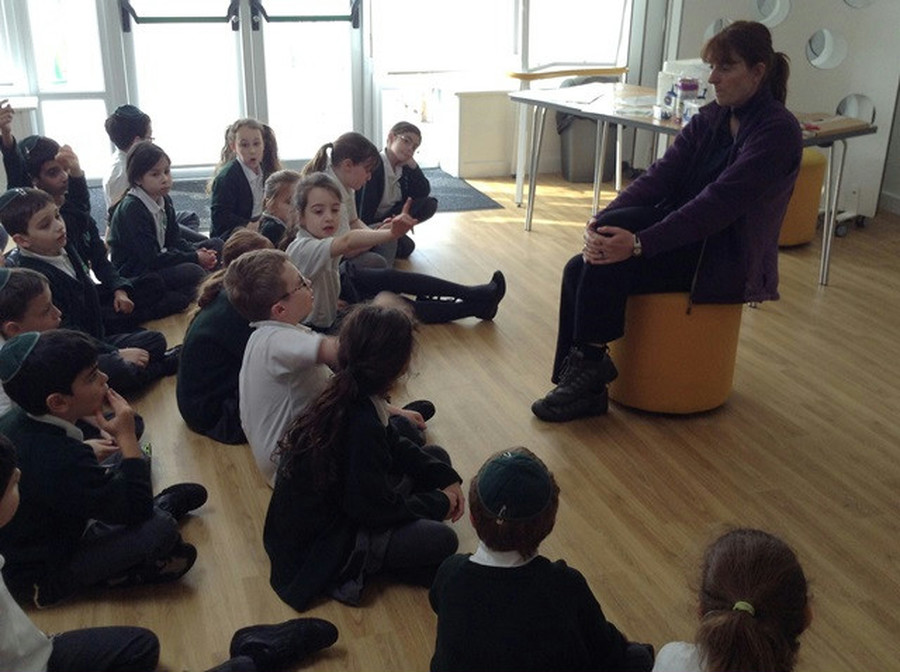 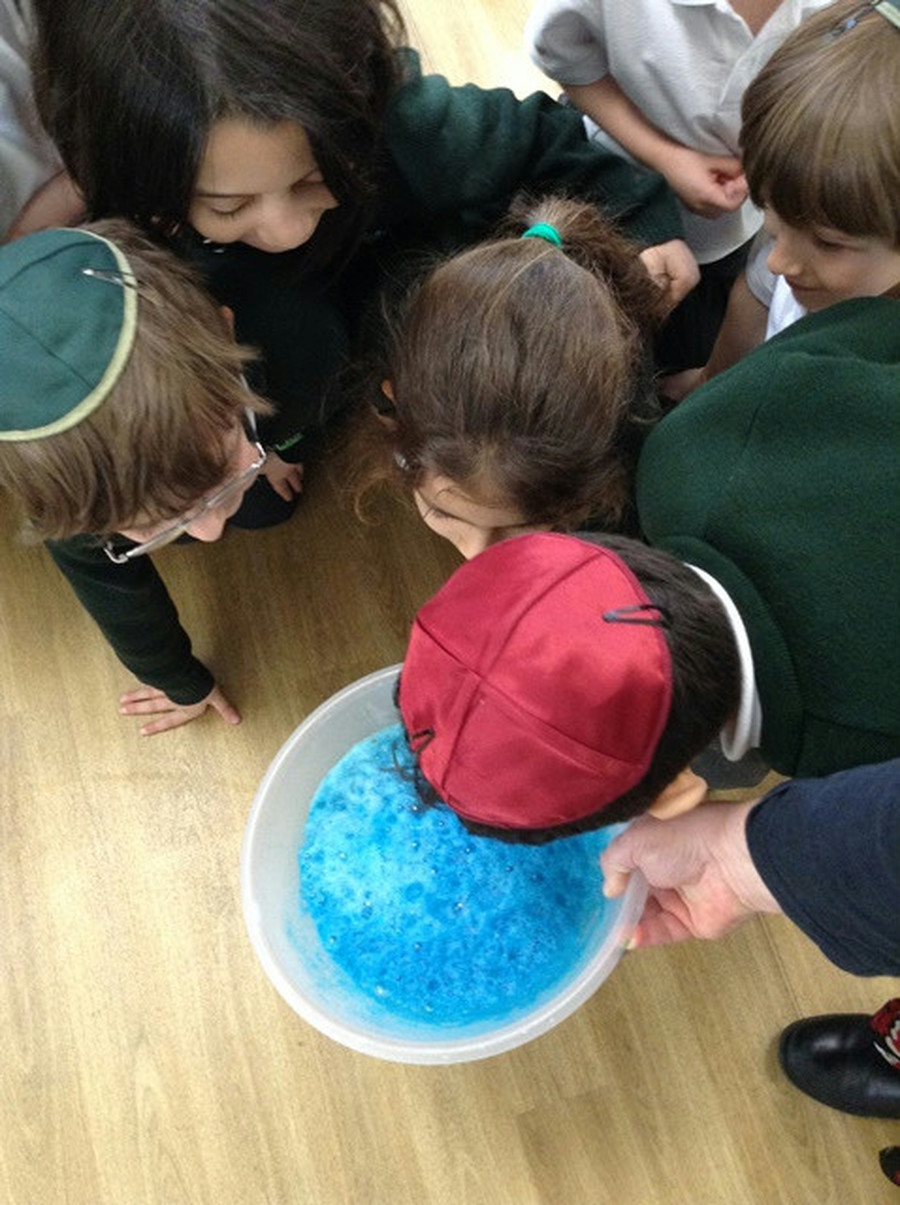 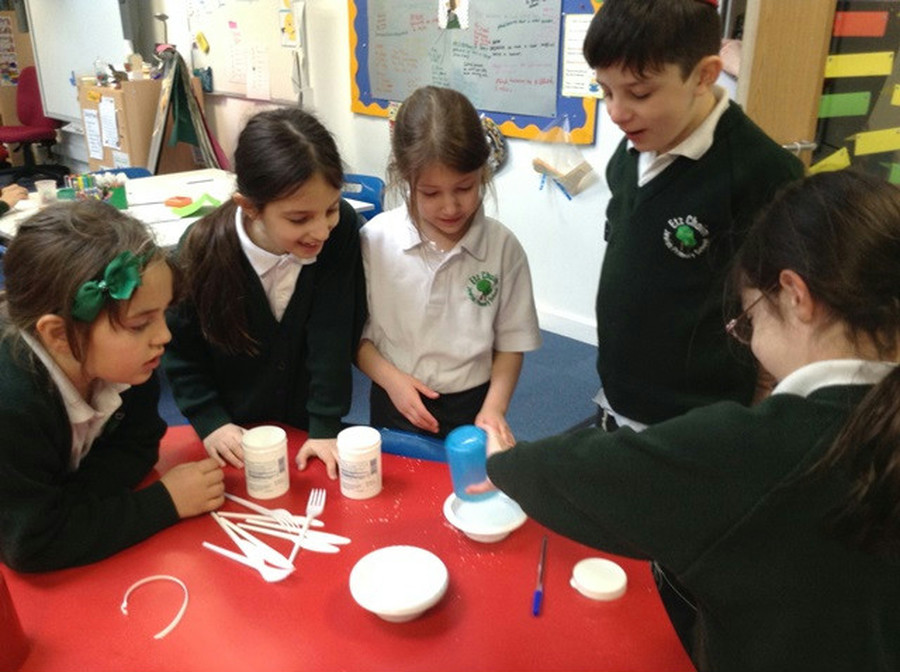 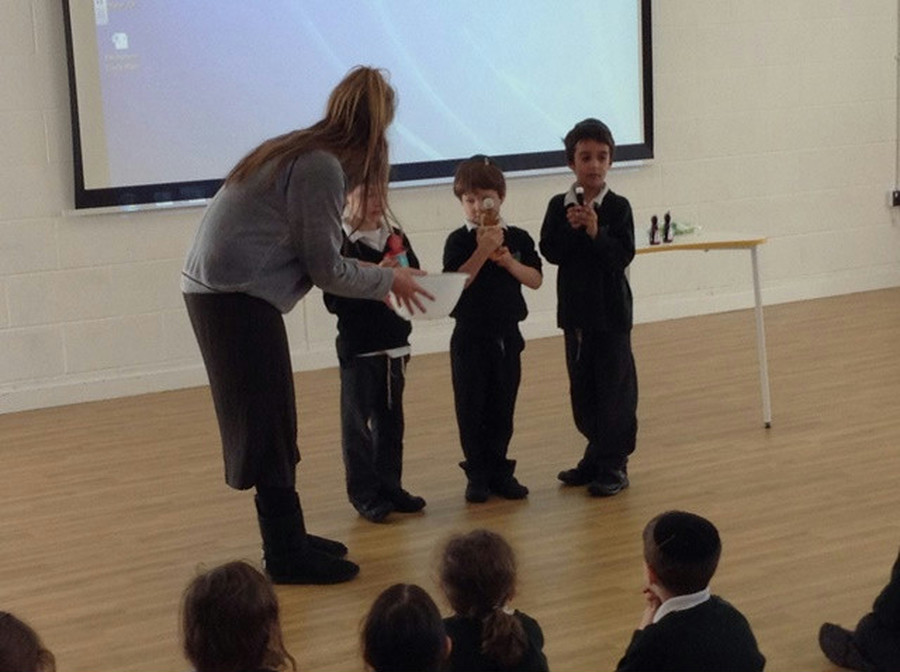 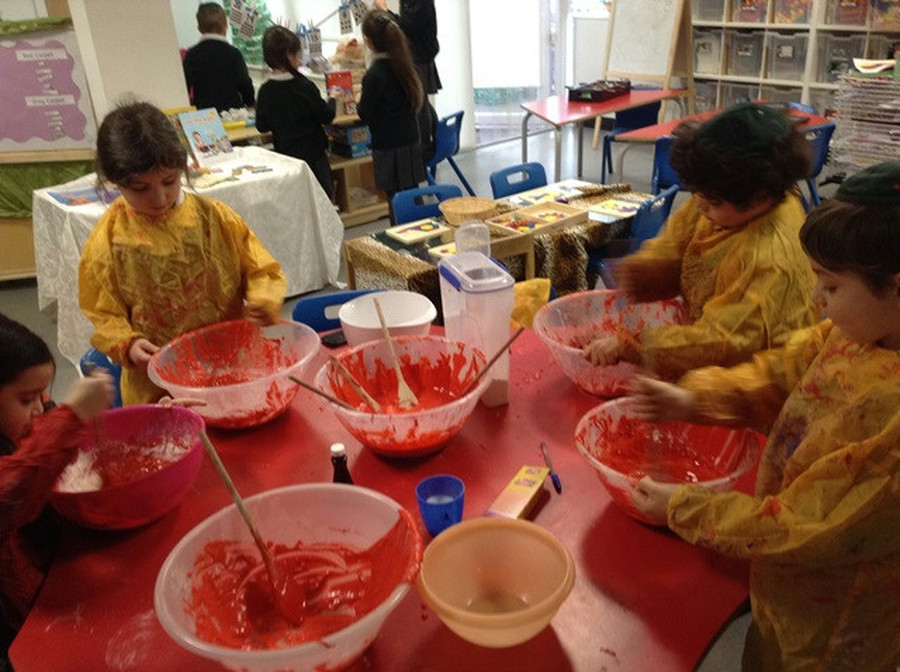 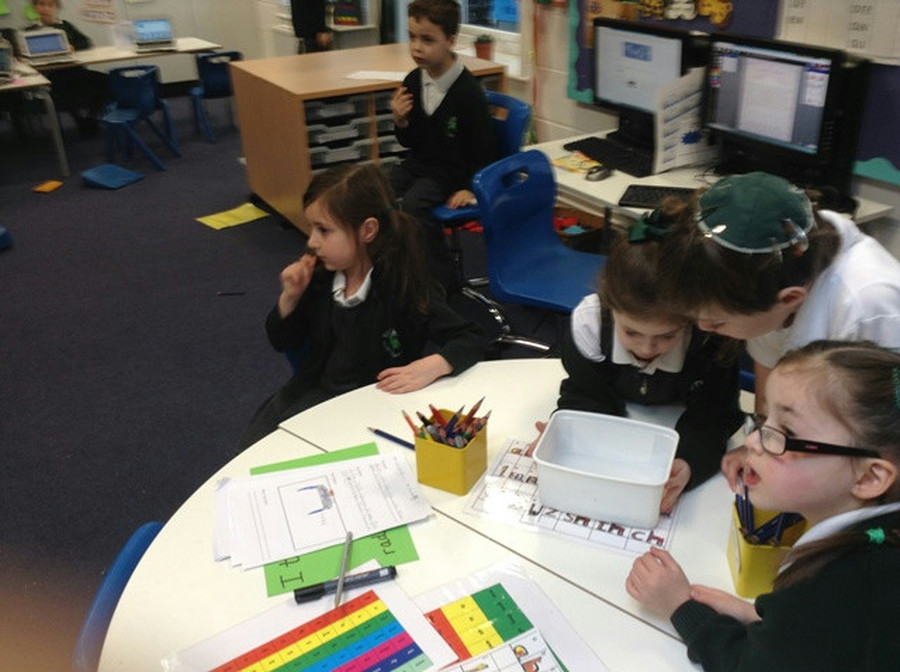