Year 3 participated in a history workshop that that helped tie together the concepts of our Scavenger and Settlers topic. The actor who led the session entertained and inspired the children as he involved them in learning about how prehistoric Britons transitioned from the Stone Age into the Bronze and Iron Ages. The children shared their knowledge of life in the Stone Age and learned a lot. It was a really great, hands on workshop.

This week Year 4 enjoyed finding out about Prehistoric Britain through a drama workshop.

They learnt that archaeologists can tell how old something is that they find   or where it comes from just by looking at its markings or patterns. They considered how a simple thing as a stone could be used for so many uses. At first, a pillow and then used to throw at animals coming to attack. Later, during the Stone Age, it was hit with another stone to form a sharp object for cutting and attacking and scraping meat off animal skins.  Tools were then developed by attaching stones to sticks.  It was then noticed how stones got hot when they were left by the fire and if they allowed the thick liquid running out of some stones to cool, tin, silver and copper were discovered. These could then be mixed to make bronze. Bronze could be made into jewellery! Iron was discovered, a harder metal, which would not melt so easily when heated. This was useful for a cooking pot…

The children finished the session by building their own Stone Henge! 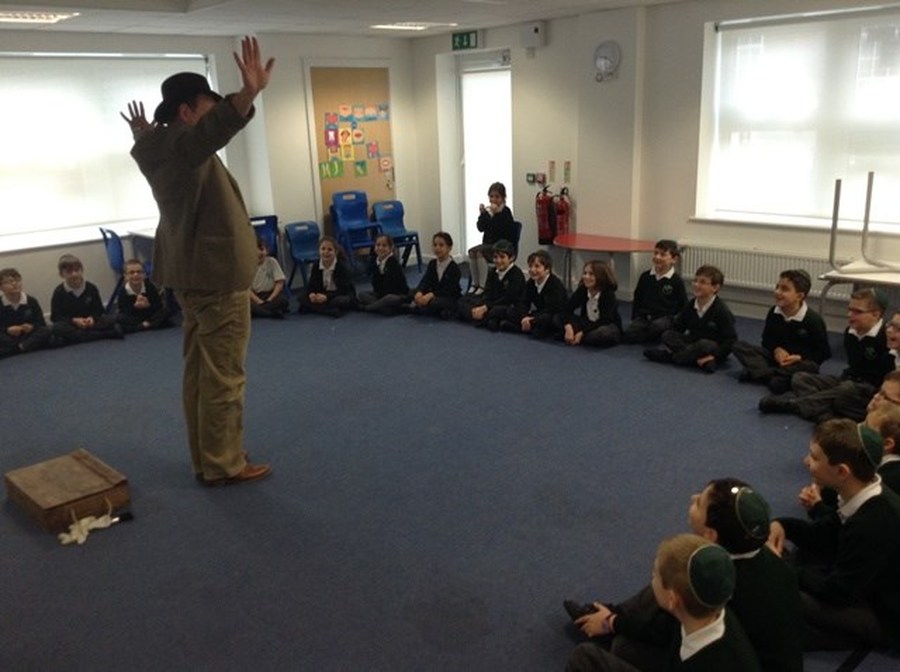 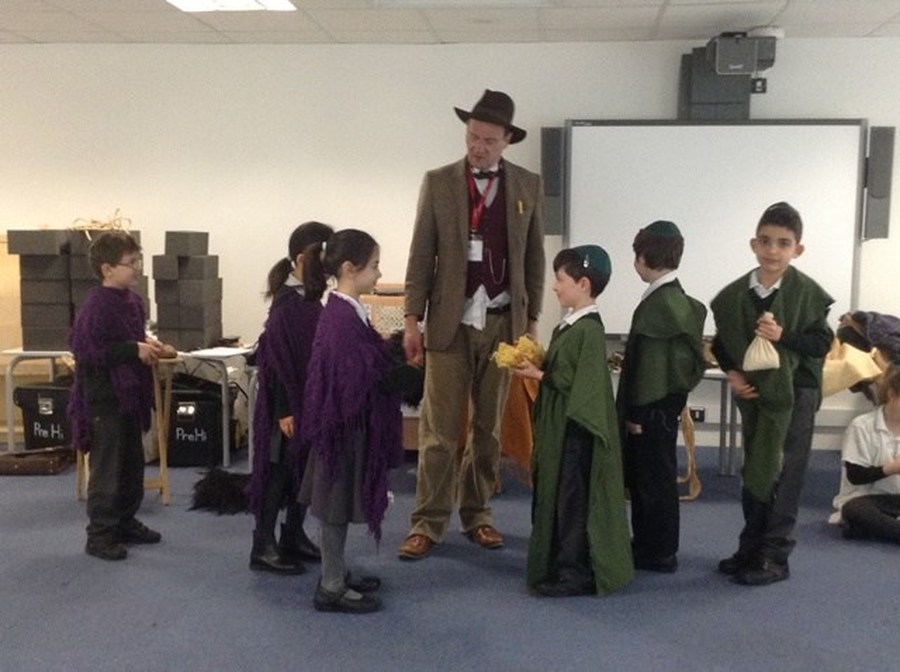 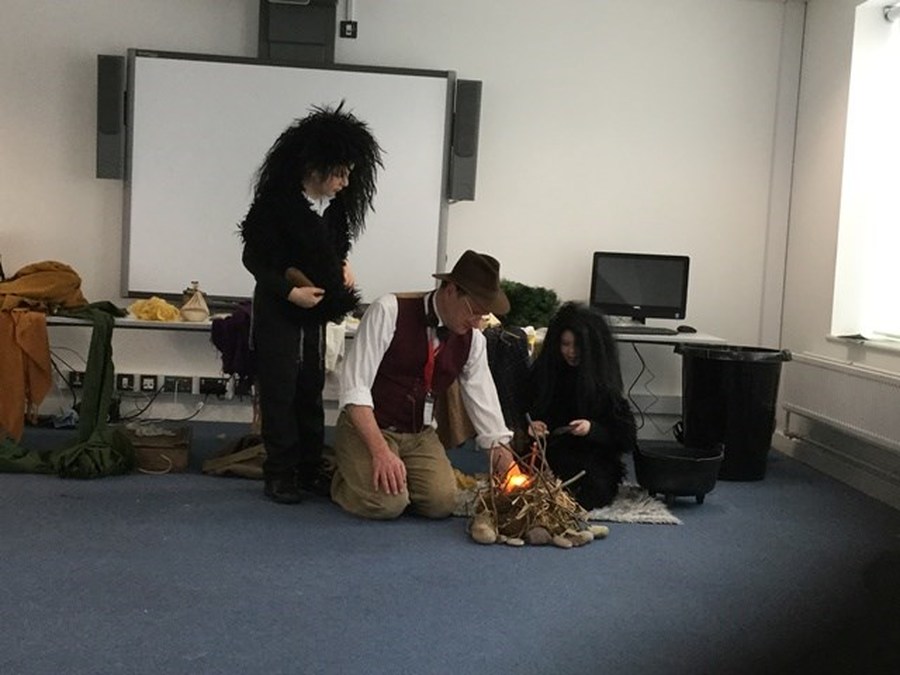 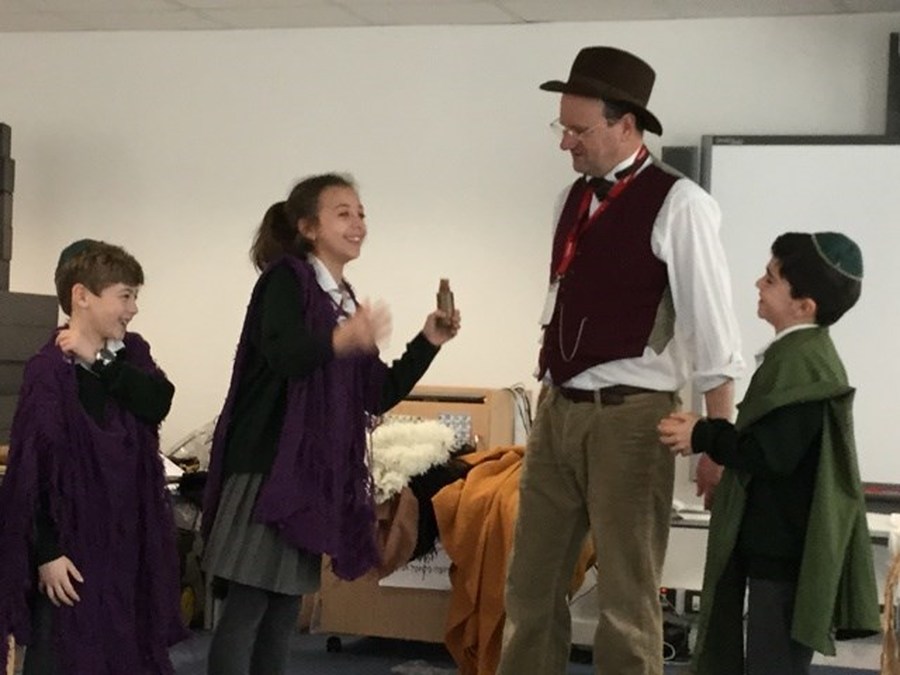 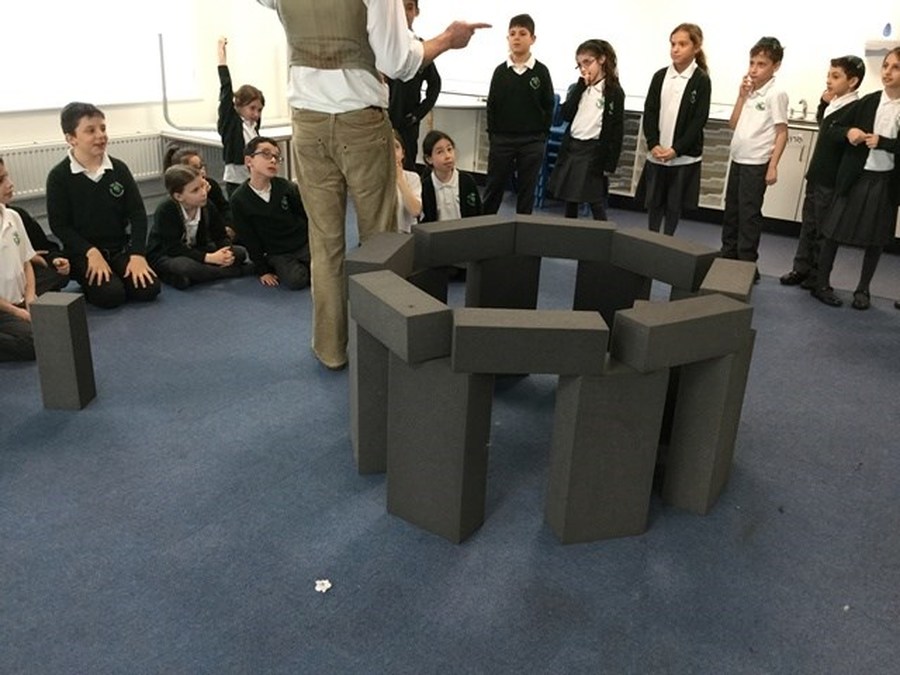 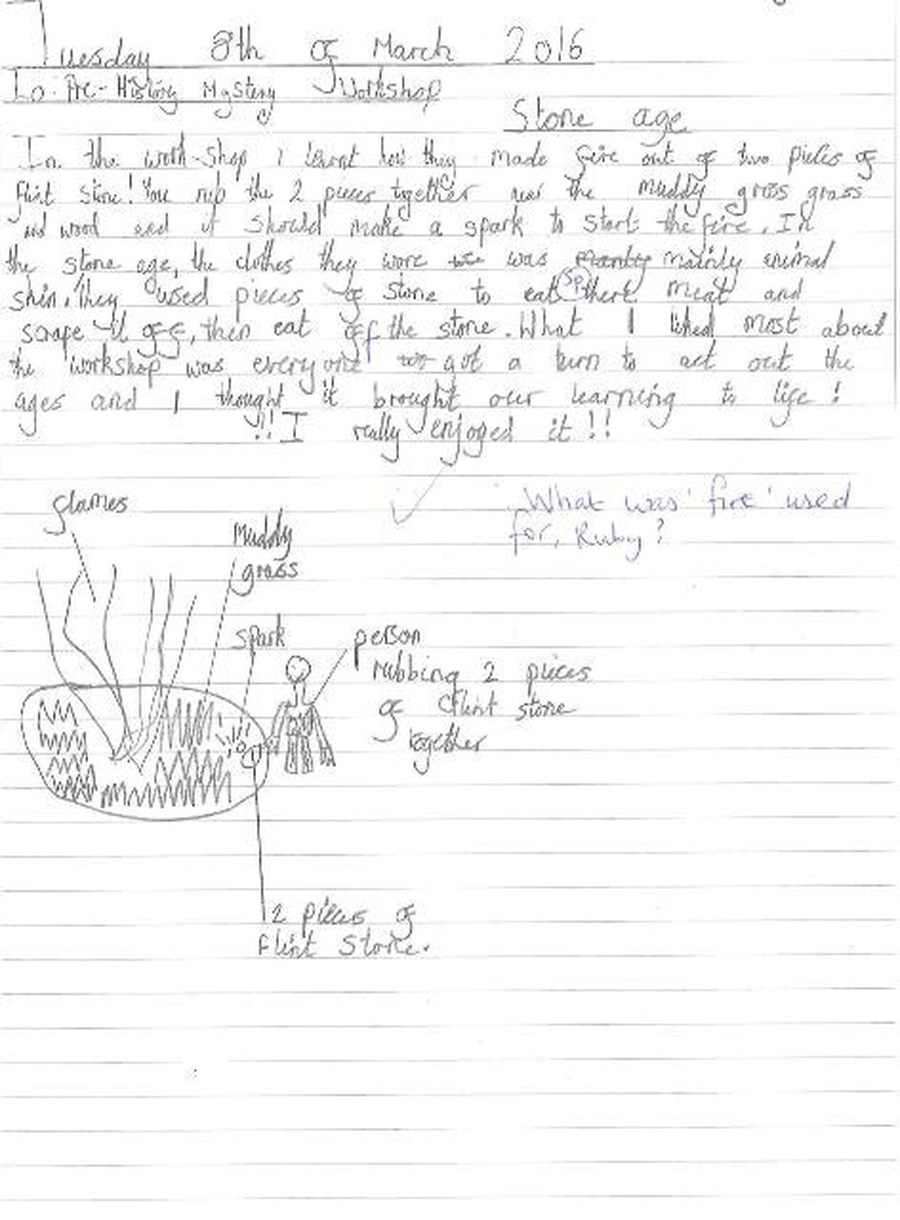 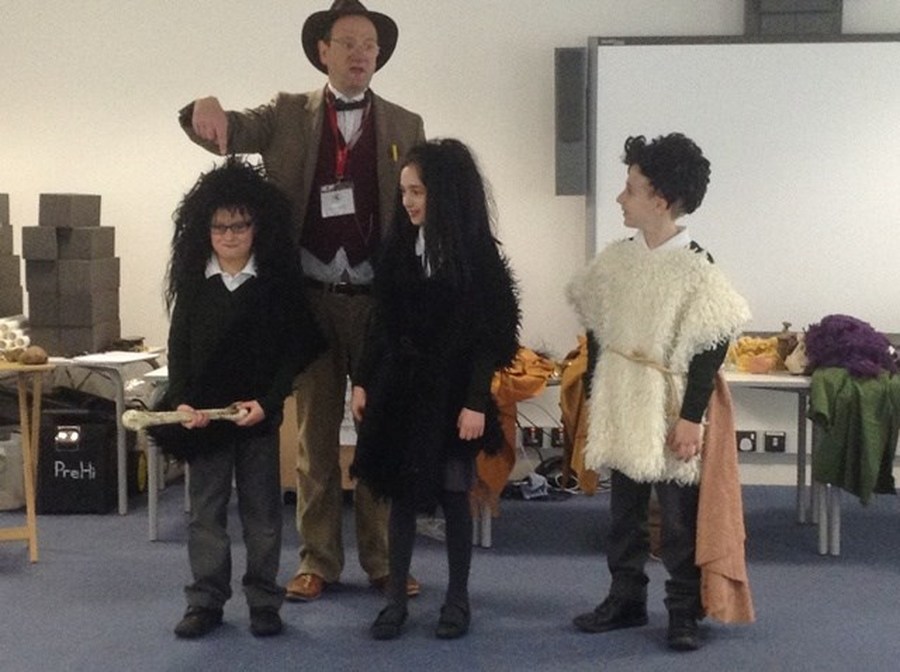 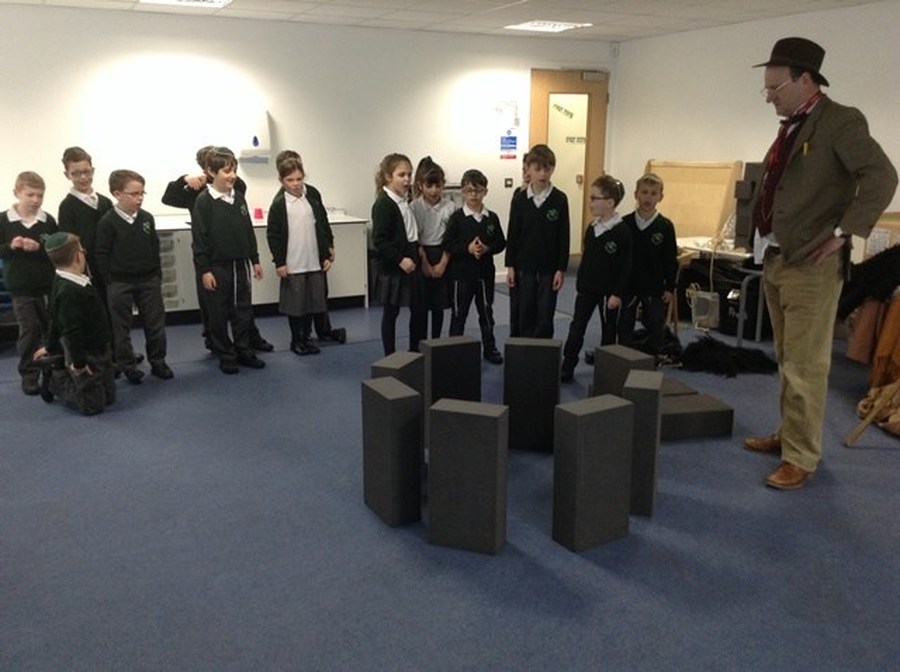 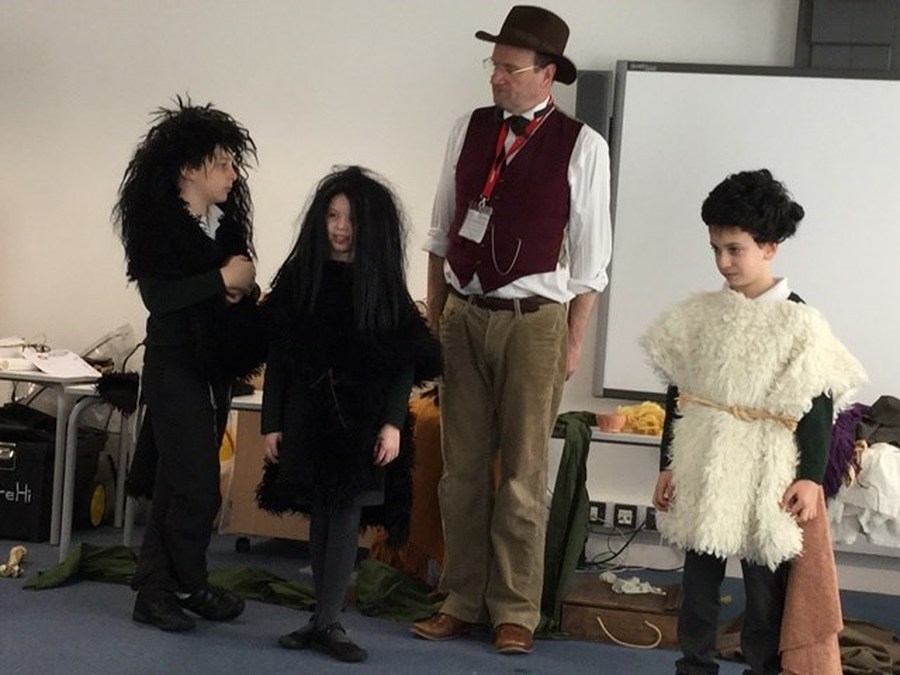 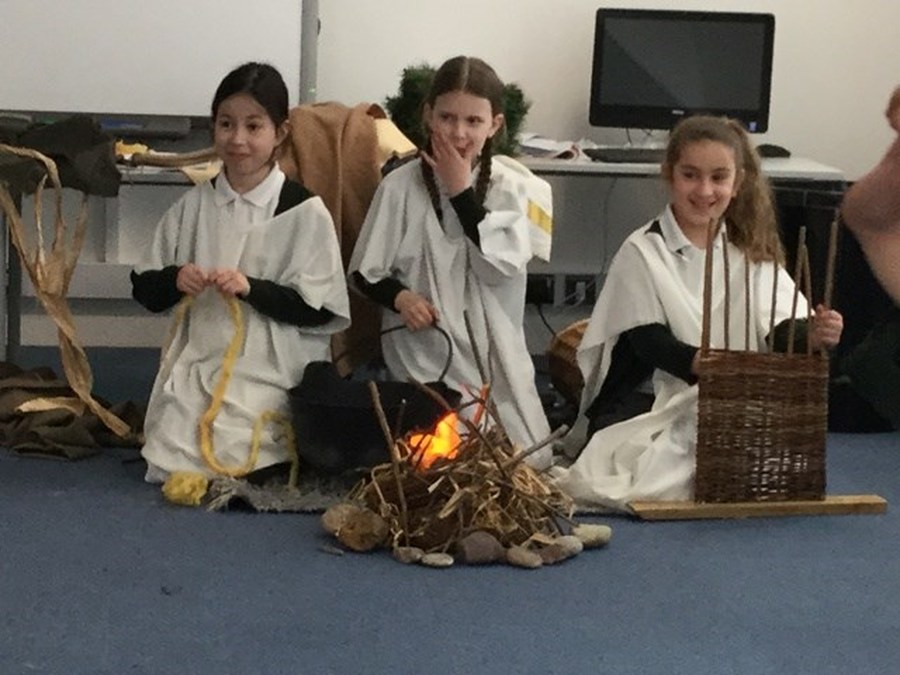 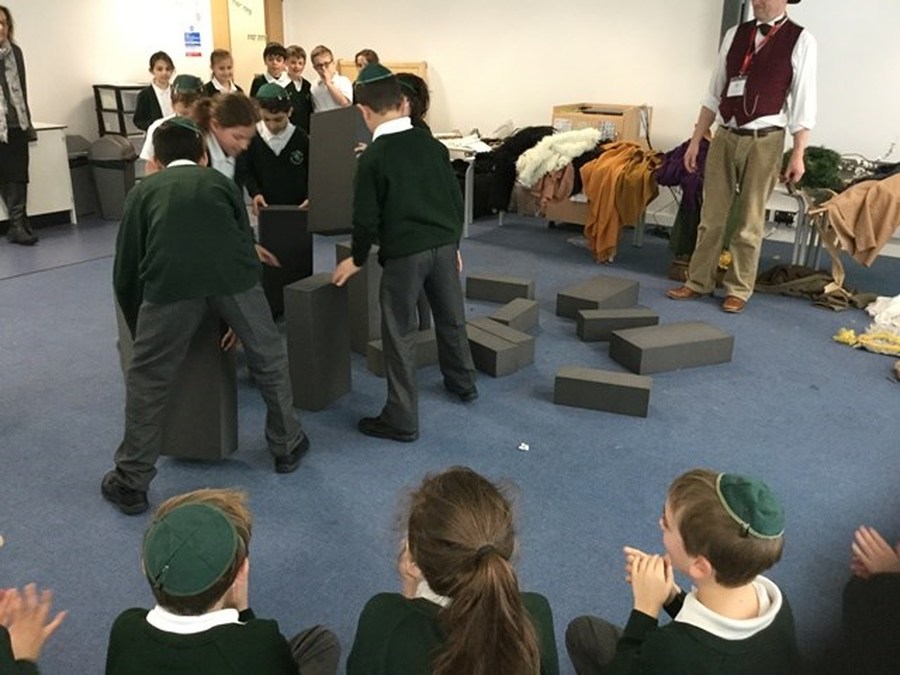 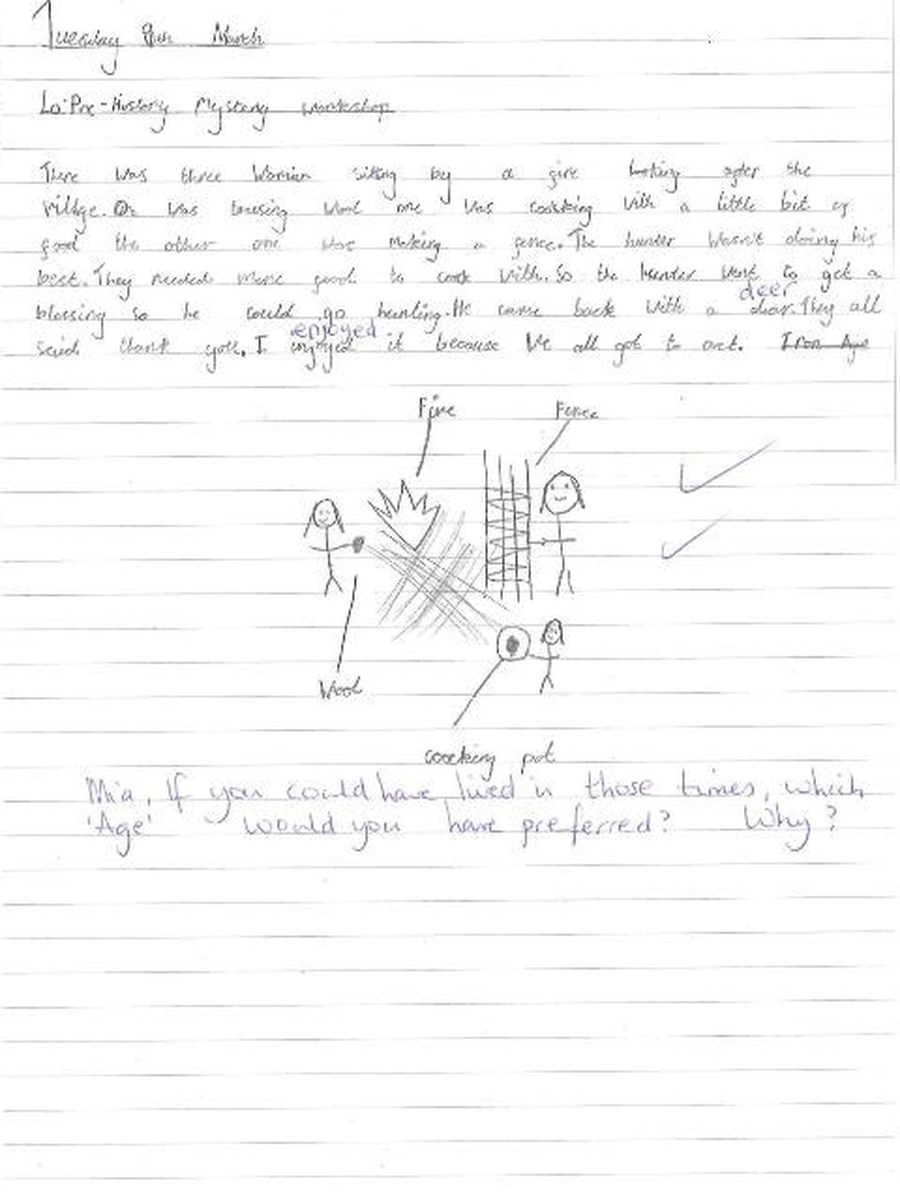 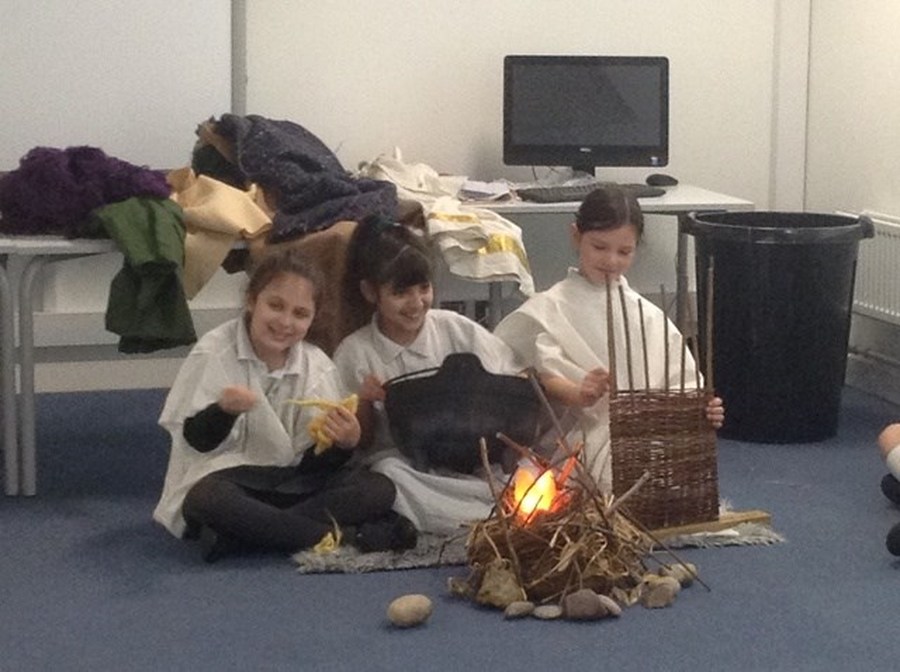 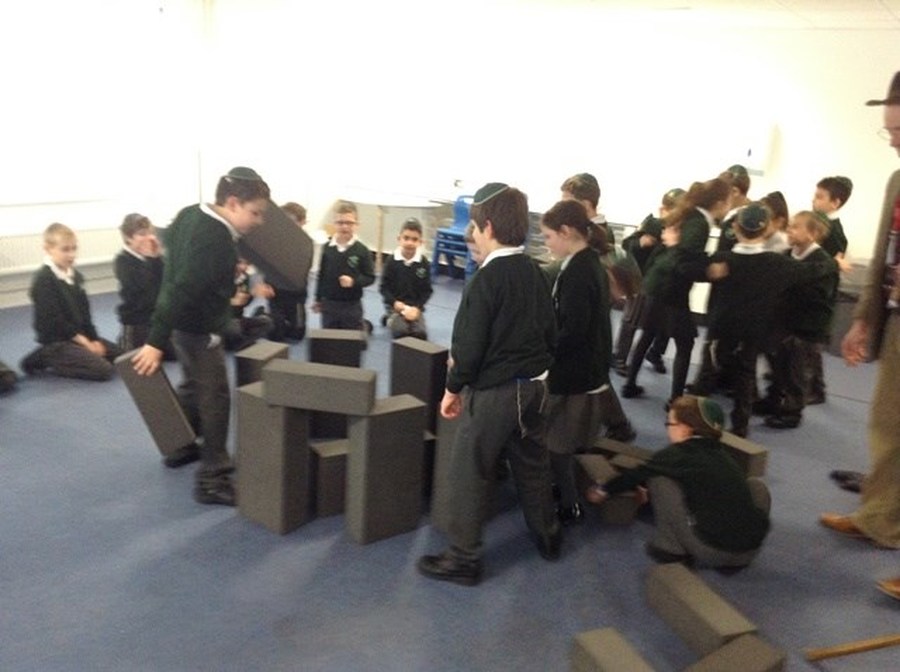 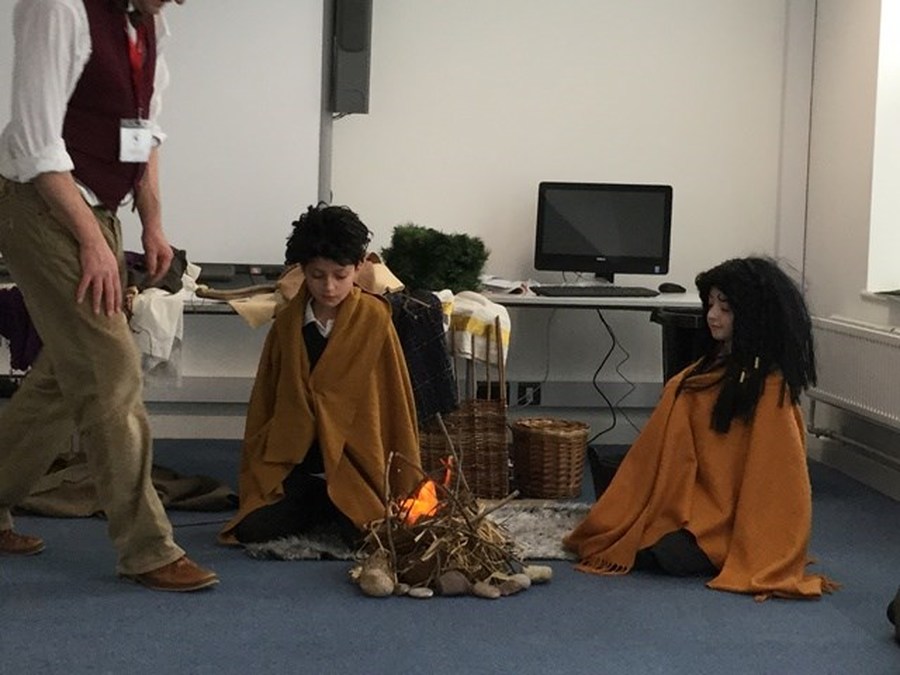 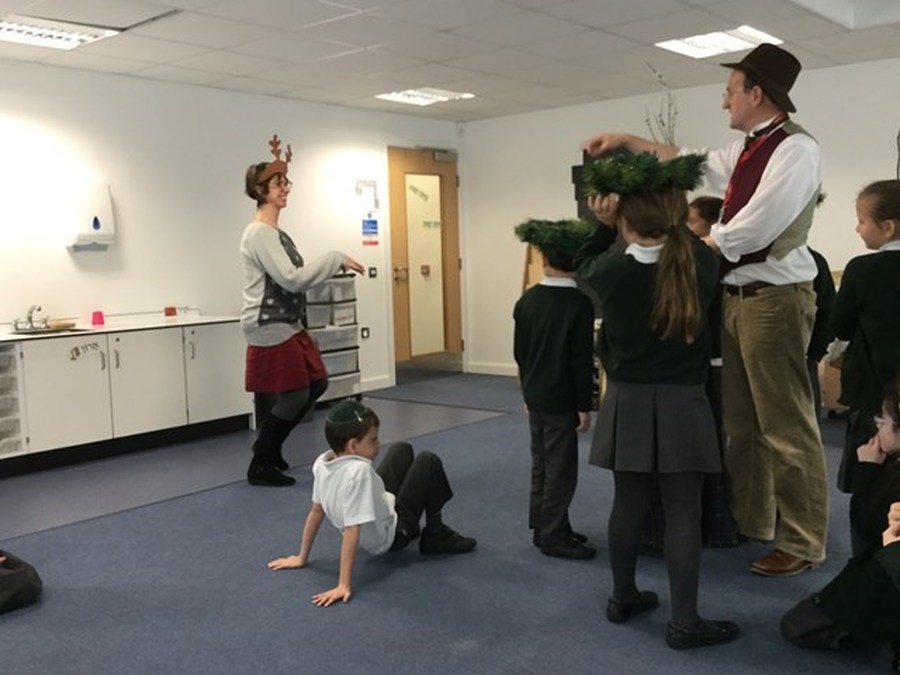 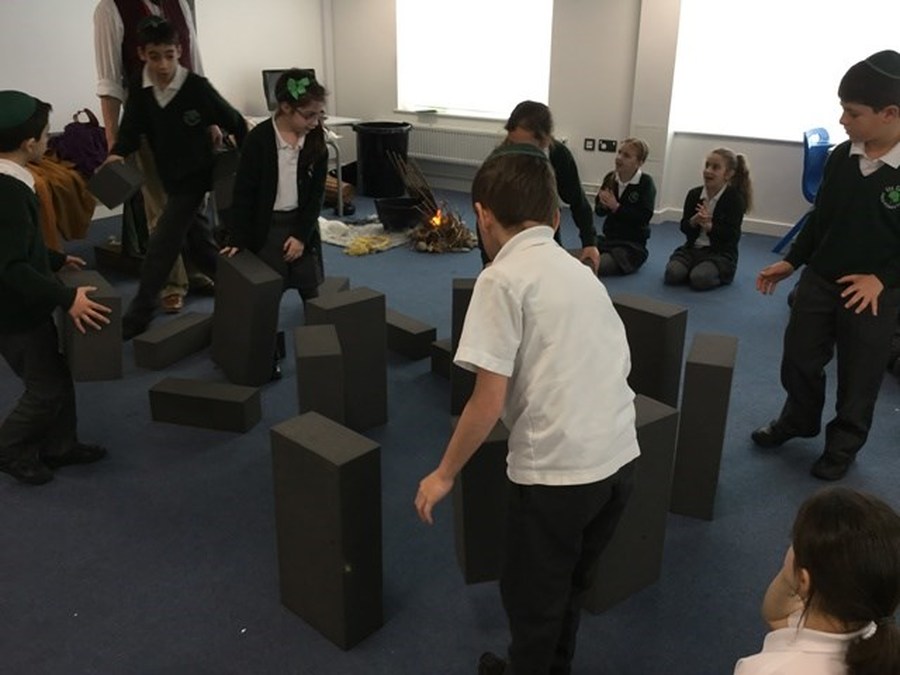 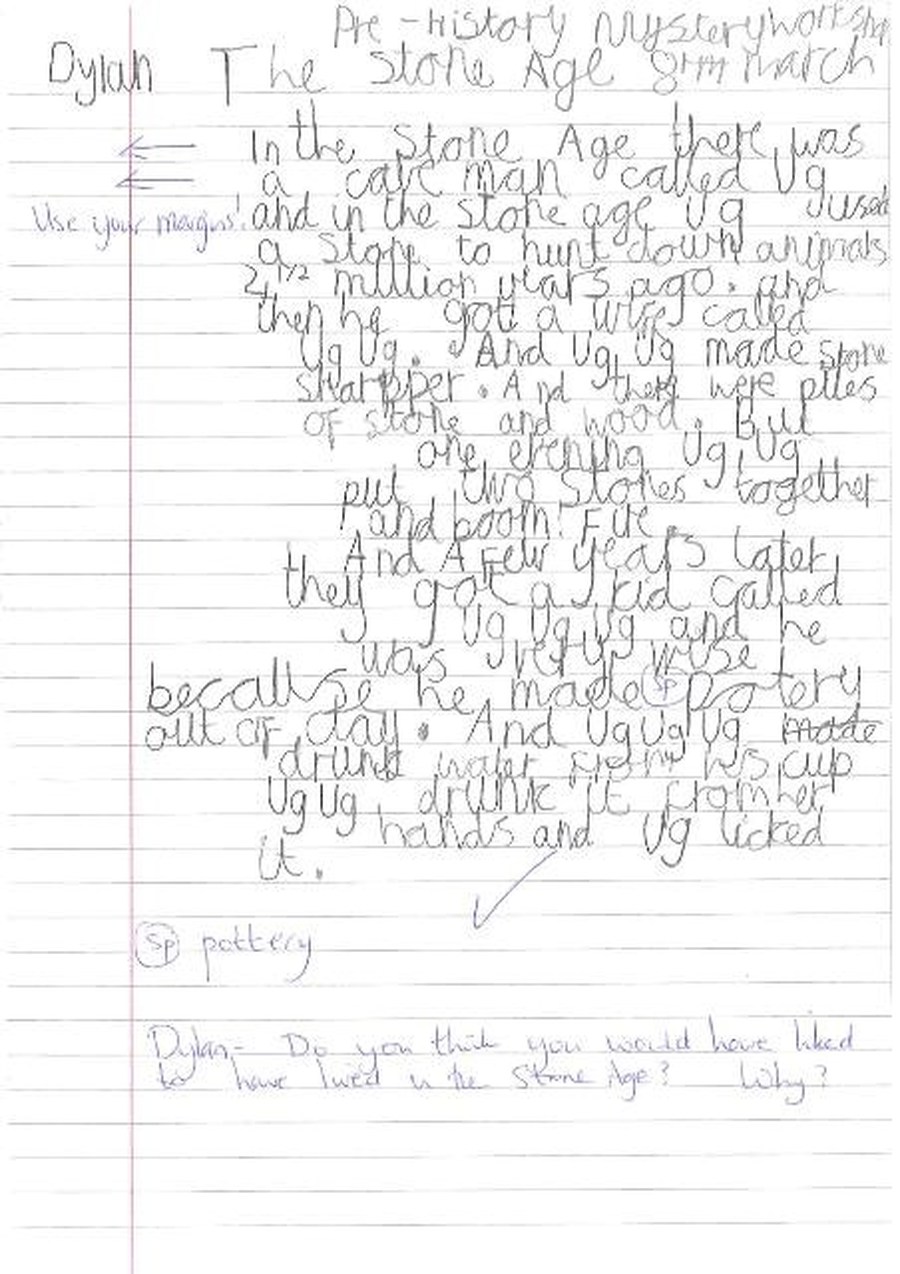